LOVE the Kuroshitsuji manga , and I can't wait to see how the anime progresses. I am really attached to the art and characters, and I imagine victorian junkies would appreciate the mangaka's attention to period detail.

You can read the first six chapters here-

Lets see,
Actual anime/manga: FMA, Godchild/Cain Saga, and various miyozaki films. D Gray Man is good but I've only read the first couple of volumes.
Non-japanese manga-style comics (the only way to refer to such things without offending anyone): Bizenghast and Hollow Fields

it's really funny and it has me hooked :3

Although not quite steampunk, I've been into Kishin Corps for a while. Giant robots and aliens and Nazis! How can you say no? =D

I ended up watching the entire thing back to back last time i was in the US at about 3 in the morning (early flight next day and decided i'd just sleep on the plane) and thought it was amazing. I've got a trashed Electric guitar somewhere i was hacking into the one from the baseball episode (can't remember the ep. title of my head).

Always liked the Lupin III stuff- mainly because it's in the sort of knockabout comedy/thriller style of the 1960's that no-one seems able or willing to do these days, other than that, I really liked Metropolis, and I've just ordered Steamboy, should be right up my straße!

Has anyone seen "Last Exile"? Relatively new, basically futuristic-steampunk. I haven't seen much anime, and so am unsure about how "good" Last Exile is... but I absolutely loved it. Airship battles galore.

Cowboy Bebop is my absolute top choice. As a friend of mine once described it "snazzy jazzy violence". I think it just oozes cool.

Close runner-ups are FMA for it's surprising darkness and alchemical goodness. Hellsing for the greatest butler ever. Princess Mononoke from Ghibli too.

Cowboy Bebop is great! I'm Watching Hibane Renme at the moment which is quite slow moving but I'm really enjoying it

Aha, my kind of thread!

Generator Gawl - a 12-episode sci-fi masterpiece that has the BEST TIME LOOP EVER.

Bubblegum Crisis: Tokyo 2040 - more sci-fi, and it has one of those stories that grips you and doesn't let go until days later.

Cowboy Bebop - because, as Doc Hornfels mentioned, it oozes cool. And I want the music to be the soundtrack of my life.

Samurai X - much-beloved prequel to the Ruroni Kenshin series, beautiful and violent and haunting and kind of sexy in a cut-you-into-pieces kind of way.

Princess Mononoke - the only of Miyazake's films that I would dare entitle "genius." The combination of mythological legend and industrial progress is a winning one every time.

Last exile was good, a but slow at times, and a tad anti-climatic.

Peacemaker was very good, not SP, but historical, Edo period samurai stuff. I really enjoyed this one.

Shura No Toki: Awesome. another not at all SP, but very cool. another one which uses actual historical persons in the plot. Shinsengumi era Edo Period stuff. some of the same characters as Peacemaker.

Gankutsuo: The Count of Monte Cristo: A cool Retro future telling of The count of monte cristo. its all spacy and aliens and stuff, but they all dress like gentlemen and drive old gatsby-cars.

Samurai Champloo was awesome too.

ALL the ghibli stuff is boss.. Steamboy was ok.

If anyone knows of any other Shinsengumi period stuff, please post, I dig those.

LOVE the Kuroshitsuji manga , and I can't wait to see how the anime progresses. I am really attached to the art and characters, and I imagine victorian junkies would appreciate the mangaka's attention to period detail.

You can read the first six chapters here-

I just took one look and the detailed background and beautiful characters and I was hooked.

For those into fashion, it inspired some interesting outfits at Tokyo Expo-

Dose anyone els like Skyland? http://en.wikipedia.org/wiki/Skyland
https://www.youtube.com/watch?v=3R-gngBGY-Y
I think it has a SP feel maybe more sifi or somthing,but I love it,it is a cut of a lot of other things. 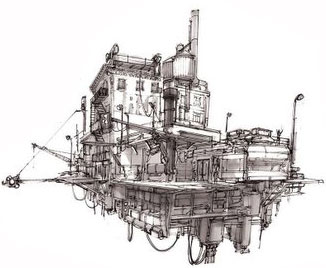 I have seen others, ofcourse, but, yeah, those are my favorites

Some titles mentioned here (Samurai 7) and others (Samurai Champloo, Jin Roh) I still intend to watch, but I'm not quite getting around to it

Samurai 7 should be top of the list. That series is bloody FANTASTIC!

I'll take your word for it

Unfortunatly, I've no idea where I could get my hands on it...Even if I go for less...legal ways

We're lucky here in the states to have a service like netflix. They have a decent selection of DVDs and they mail them straight to your house for rental. Nothing similar in the netherlands?

A few things, but precious little anime to be rented/bought, unfortunatly.

I got hooked pretty hard on Trigun. Some steamy points of interest that got me interested. Plus a really big gun.

My girlfriend is really my anime pusher. She got me the beginning story of Full Metal Alchemist and I'm jonesing for more.

Another friend got me interested in Samauri Shamploo. Not very steamy at all but interesting none the less.

Some of the recurring anime I'm reading here will be perused in the interest of fancy!